After hanging out you with my friends from Oregon to the SeaWorld in San Diego, CA I decided that it is might be cool to develop a simple Android application which keeps our memory about the adventure parks. 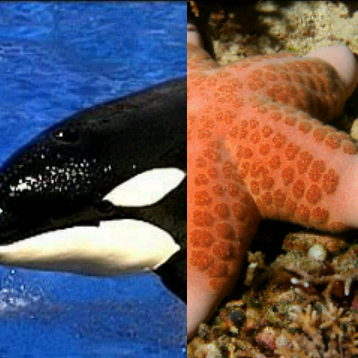 So here is the app called Sea World Tiles. Feel free to download it from Android Market and play around. In this app you need to compose the picture of a sea creature from left and right sides by clicking the appropriate buttons.

The source code is available in the repository surfsnippets in directory shamu. Here is the short description of source code to show how simple it is to write Android applications.

The layout in Android applications is described in .xml file, main.xml and includes TableLayout with two TableRow. The upper TableRow displays two tiles of ImageView and the bottom TableRow keeps left and right buttons:

Layout specifies some important parameters such as widget id: @android:id="+id/button_left", sizes: android:layout_weight="0.5" or relation to container widget: android:layout_margin="5dip". Some of these parameters can be used in program.

The program is consists of just one Shamu.java:

When Android application is started the onCreate() method is called. First, it loads the main layout:

initializes attributes and and then creates button widget specified by id R.id.button_left and defines the OnClickListener():

When the user clicks the button replaceImage() method will be called:

This method takes the ImageView by id and replaces it with another image by randomly generating number and looking up the appropriate id in the HashMap for the next picture.

To make the source code more compact I used Java Reflection: Reflection (computer programming) that can refer to class attributes or methods by name string. This approach is similar to Python functions getattr() or setattr(). 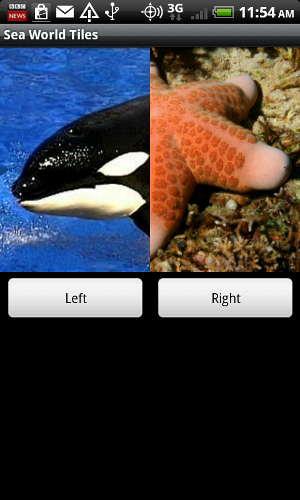 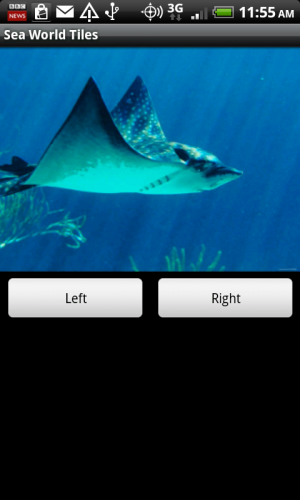